skip to main | skip to sidebar

BRT :The new face of TRANSPORTATION in LAGOS.

March 17th, 2008 ushered in a revolutionary change in the face of transportation within the Lagos Metropolis with the launching of the BUS RAPID TRANSIT (BRT) system in Lagos. Before now transportation within Lagos has always been ‘chaotic, stressful, and depressing ‘ according to the words of Mrs. Taiwo, a nursing mother who regularly transits from Mile 2 to CMS and back , to and from work every single working day

Indeed, transiting within Lagos required more time than is available in the hands of the average Lagos worker. Terrible traffic jams, extremely long queues of irrationally behaving (Danfo)Minibus drivers ,their buses and their conductors make the life of a commuter extremely unbearable. The BRT system in Lagos is therefore more than a welcome development for the masses who as at today are already using the service maximally.

But the BRT system did not only come with Buses. BRT also brought along new bus stops ,which are called Bus Shelters, a new pool of drivers called Bus Pilots and conductors called Bus Assistants. More and more people seem to be using the system more than was anticipated and such massive patronage has sort of brought to the fore the limitations of the system and the need to address certain anomalies
A lot of commuters on the BRT route complain of the ill-mannered behavior
of the Bus Assistants, and the fact that bus stops are not announced for passengers, especially those who may have no idea of where they are , or for passengers who might have only come to Lagos recently. My suggestions are that the Bus Assistants should be sent on crash customer relations courses , for them to understand the importance of being polite , and moreover , how to relate with passengers. This is of absolute importance , or before long, they too will go the way of the old DANFO Conductors and become outright abrasive and this could trigger a serious loss of patronage.

Furthermore, it would make things a lot easier for the commuters if the Bus Assistants were equipped with microphones to call out the various Bus Shelters along the route . Commuters who are not familiar with a particular route will in this way be more comfortable traveling on the BRT buses.

With these suggestions implemented , BRT would indeed have truly become the new face of Transportation in Lagos State.


Eagles Eyes
www.gistplatform.blogspot.com
Posted by eagle's eye at 9:07 AM No comments:

GETTING BACK TO THE QUEUE CULTURE ?

Driving through Ikorodu Road, leisurely , hurriedly or even at a pace you determine you cannot but be stunned by the orderly manner in which Lagosians queue up to get a seat on the much applauded BRT buses.

Looking back to a point in time not so long ago, when people had to struggle and physically fight to get a seat or at the very least a standing space in the old, decrepit looking , ever moving 911 buses, popularly called Molue, or the tin-box Combi Buses called Danfos , this was not a matter of profession as doctors, journalists, lawyers, bankers and all and sundry who had to move from one point to another , dropped their egos and joined in the fight for the fittest to get on board, the result being that at the end of the day you could only hope of getting to your destination half as clean and crisp as you left your home. Forming a queue in that era was simply a taboo . A typical incident occurred at Oshodi when a newcomer into town saw a mass of people suddenly break into a run. Thinking it was a riot, the newcomer also took to his heels for dear life only to find out minutes later that it was just a rush to enter a rickety old contraption called Molue.

Today it seems the queue culture is back as we see the smiling faces of commuters calmly waiting for their buses with no fear of encountering grubby conductors ,and their rickety buses . Truly a new dawn seems to have come -- a new air of confidence seems to have infected the average commuter. Who would have ever believed that the average Lagosian would be as disciplined as to patiently wait in line for his turn to board a bus? Hmmm positive change they say, comes with a lot of responsibilities. Could this be the propelling force behind the rebirth of the queue culture in Lagos? For how long can this rebirth of the queue culture survive the tense and chaotic environment that the Lagos City depicts?

Eagles Eyes
www.gistplatform.blogspot.com
Posted by eagle's eye at 8:47 AM No comments:

I love talking about , because that is where i reside. It is a very interesting place to be, i mean with all the very interesting changes going on here and there, I am beginning to feel like i am somewhere else, say , Ah Ah Ah !!!! am sure you are having a hearty laugh but not to worry we will get there someday with the likes of Governor Raji Fashola still there i hope...............
He is doing things alot of people won't dare to do but as a Senior Advocate of Nigeria he is well grounded, he knows his Onions.
Why i will not stop pouring accolades is because if you were in in the past ten years, you will understand why i am so excited, "The place was out of place" I am not being political here but i am just appreciating something good. If you don't live here it will be practically impossible for you to even imagine the Horrors and the Fear of Living in but thank God we can breadth fresh air.
The changes are numerous from the Brt, to the maintenance of the third mainland bridge to the beautification of the city infact everywhere is coming alive but i have a problem here, are the people carried along?
Change comes with alot of responsiblities and the people who are supposed to be the beneficiary of this changes are not carried along. Let me give a typical example. I reside in Sururlere, Itire to be specific and alot of demolishing is going on as i write, at this point i feel so sad because my mind quickly goes back to helpless people watching as the government brings down there homes to rubbles with no alternative and no immediate provision for where to lay there head. I know the government will argue that they gave them notices but we all know how accommodation is like here, very expensive and a lot of people here live hand to mouth,with no steady means of livelihood so just removing the shelter off their head and leaving them stranded on the street is not fair at all. I can’t write more, my heart is so heavy now, I feel even more than pity for them and I hope somebody somewhere reads this and do something, expansion of the road is good but living the people homeless is bad. Think on this…..

Wow,
Lagosians are experiencing a new phase in transportation, with the arrival of the Bus Rapid Transport popularly known as BRT and it is actually rapid beating the traffics with ease. Shall we say Kudos to the governor, wait a minute that is why we voted him in, i mean he is obliged to serving us well although there is no problem saying well done.
Now we can get to our various destination with ease clean and crisp as we left our homes, Hmmmmmm....... I remember the good old days or will i say the bad old days , i dreaded going out, i had my mind prepared for any eventualities, my money was always in smaller denomination to avoid harrasment from conductors or gettin involved in " bus stop Marriage" dont ask me what that means, in lagos conductors always marry people out everyday, man to man, woman to woman, man to woman, young to old, infact the list is endless.
Now i just enjoy the cruise in the very clean( i mean the inside) and spacious BRT, but....................... i have a proplem here, i mean on board the BRT, the conductors or what do they call them really don't have any similitude of customer relations a typical case of old wine in New bottle. The way they talk to the passengers infact is appalling, Working with the Governor does not make them the Governor and whatever happened to maintenance, i mean the buses are so dirty that you wonder if Lagos was no more a city surrounded by water.
While i still enjoy my jolly ride on Brt, I hope the conductors will be given a little training on dealing with people and please the buses should be cleaned inside out apart from all of these the development is commendable.
Well done Governor Raji Fashola, Hmmm..... Brt or What
Eagle's Eye
Posted by eagle's eye at 2:36 AM No comments:

hello,
i know it seems like everyone one knows that lagos is surounded by water an island is more approriate but on tuesdaythe 15th of july 2008 everyone who almost had forgotten woke up to that reality. In fact lagos was not only surrounded by water but was in water. The rain started some time in the early hours of the tuesday morning and continued almost throughout that day.For me living in surulere it was a disaster although i was lucky to be living on the first floor of my building but those living on the ground floor started scooping water off the house as early as 5 am that morning . To get out of my house was not funny as i had to pull my shoes, roll my jean up and battle with the dirty water that had filtered in from the very shallow gutters to the street i wondered is this the Idea of the so acclaimed mega city? In fact for a moment i thought i was some where else you can guess.................................
As i moved out of my house to the street the story was not different but worse, you need the see, the whole place flooded it seemed everyone forgot that the rains would come even the government, as no one was prepared for this nature show. Is it the traffick? infact anyone one who had canoe or boat on that day would have become an instant millionaire because it would have been so resourceful. Hmmmm............................. the season is not over yet and i hope after this incidence everyone would be on the alert so as not to be cought unawares. What solution do i Proffer? Good rubber shoes and canoes to wade through the waters . Am serious it is not a laughing issue some poeple are still draining off water from their apartment now.
From Me
The Eagle's eye
Posted by eagle's eye at 3:07 AM No comments:

A smile can change the world 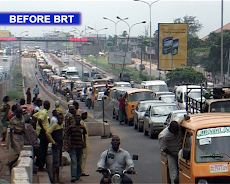 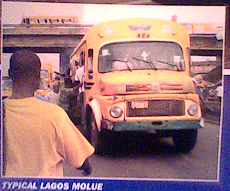 Survival of the fittest

eagle's eye
I am Sylvia, some people call me Sylvie or Syl .Am not too tall but I don’t see myself as being short . I am fair complexioned, with hazel eyes and a very stunning face. For me meeting people is a very exciting attribute and I find it very therapeutic, because it makes me happy and I feel rejuvenated just interacting with new friends. I believe I have a very strong personality and I love competition because it sort of tasks my brain. Honesty and integrity are very important to me and I love people who have these two qualities. I see life from an eagle’s point of view ---- panoramic, yet very near to me and picking up the minutest detail . To me everything counts. Eagles Eyes www.gistplatform.blogspot.com